-What is your name? Gil Miller -What genre do you write in? Primarily crime fiction, though I have some science fiction and fantasy books in the works. -What drew you to this genre? It was really an accident. I became interested in reading LA noire because of a family connection to the city, then one […]

Years ago, when dinosaurs roamed the earth and television was a new and exciting invention, commercial breaks were introduced by this phrase. At that time, a single company would sponsor an entire show, instead of the newer practice of companies buying 30-second advertising slots spaced throughout the program.

I’ve said many times that without the amazing talent of our authors and artists, Oghma would not exist. And I mean that literally, because in addition to creating products for booksellers to promote, the talent pool of Oghma Creative Media often works behind the scenes as well to keep the company moving in a direction that is beneficial to all. Therefore, I consider the artists and authors as my sponsors for this blog, and indeed for the company as well.

Two of those authors released books during October, and I want to brag about them for a few minutes today.

The first author that I want to introduce is Gil Miller. Gil writes crime-fiction and lives right here in Northwest Arkansas. In fact he lives in the same house with yours truly, and although you might think me a little biased (I am), I can say with complete honesty that I would buy, read, and enjoy his books even if I had never met the man. His characters take you into the world of crime in an honest and insightful way that allows the reader to think of the characters as more than criminals or cops, but as living, thinking, feeling humans. He often focuses on the WHY rather than the WHAT of the crimes being committed, allowing the reader to understand how an average person can find themselves caught up in situation with no clear route of escape.

This month saw the release of Spree, the fourth book Gil has published with Oghma, although it’s the first book he ever published. Originally released with another publisher, Gil got the rights to his work back when his previous contract expired, made a couple changes, fixed a few things, got a gorgeous new cover, and put it back out there for more readers to enjoy. His other Oghma releases are part of an ongoing series, but Spree stands alone.

Gordon Bonnet is, by his own admission, a compulsive writer. Living in New York State, he maintains two blogs, is constantly at work on yet another work of fiction, runs in countless marathons, teaches science, and somehow finds time to be married. We at Oghma suspect he might be more than human.

Despite Gordon’s training in the sciences, and his work as a skeptic and debunker on his blog Skeptophilia, his chosen field of writing focuses on the paranormal. And he does it with style, perhaps because he has given so much thought to what doesn’t work. I do not read paranormal books, I do not like paranormal books, I think they are a silly waste of time.

I love Poison the Well.

The characters are written in such a manner that anything “unusual” seems completely natural to the human race. Gordon makes you believe any supernatural gifts or paranormal happenings are commonplace, even expected. Did you ever watch the X-Files? Admit it—you believed. Maybe not after you turned the television off, but for that one hour a week, it all made perfect sense. Gordon Bonnet gives his readers that same experience. 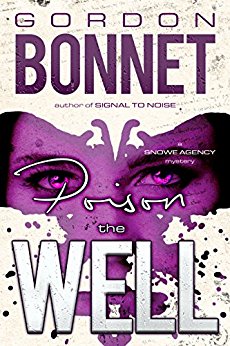 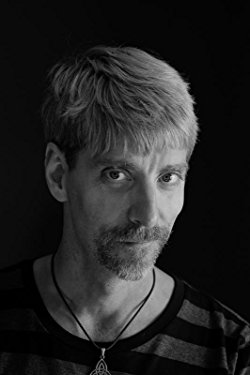 Go check out these amazing writers. I promise you won’t be disappointed. Their books are available through Amazon, barnesandnoble.com, on their webpages, and through various independent retailers. If your local library doesn’t yet carry their books, suggest these titles for purchase. Leave reviews so the authors, as well as other readers, can know if you enjoyed them as much as I did.